Memo is at a capoeira roda and has reached his breaking point. He is going through an inner struggle that makes it seem like the world is caving in. He has to decide which road to take: to give in to his fears and play it safe or risk it all and let go. 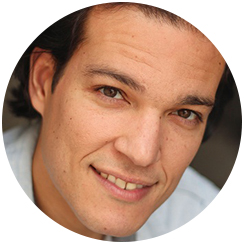 Eli studied production and film studies at Los Angeles Valley College. His first collaboration was in the short film "Like Grains of Sand," a film that shows how in the midst of love and war we are all the same by following the parallel lives of a young Afghan and American. He then executive produced the short film "Delano," a story about two brothers relationship after their mothers’ passing. As a Theater producer, he is credited with the original play "An Unfinished Man," presented at the NoHo Arts Center in the NoHo Arts District. He just wrapped the short film "Capoeira" under his company Altamar Pictures, which will be exhibited in the festival circuits and which is being developed into a feature as well as the film "Todos Los Santos," an action bank heist thriller to be shot in the Dominican Republic. Besides acting and producing, Eli has background in management and marketing. 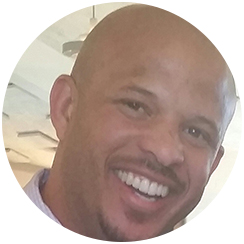 Kerie Edmead started out as a Division II scholarship prospect while playing for a nationally ranked junior college. After a career-ending knee injury, he began studying performing arts due to his energetic and endearing personality. Mixing basketball and his new-found love for acting, he was featured in a Footlocker commercial with Keith Vanhorn, who at the time was one of the star players for the New Jersey Nets. This led to a string of commercials, including a Bud Light campaign. He has co-starred in the television shows "Law & Order," "CSI New York" and "Franklin and Bash." Currently, his successful real estate business experience and prior acting experience led him to his most recent venture in producing and raising money for films in which he believes. Kerie met Jesus over ten years ago in a theater company. He is well aware of the writer’s passion for both capoeira and film, and this undeniably contagious passion is what led him to passionately get involved in producing this short film. 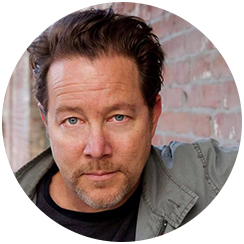 Tom's diverse professional experiences enable him to combine his creative talents with vast production skills. He has produced 10 features, directed five and UPM'd over a dozen. As a director, he most recently helmed "Special Ops," an action-adventure about a Marine hunted and on the run throughout Southeast Asia. "Special Ops" won two awards and was nominated for nine at the Action-On Film Festival. He is most well-known for his Native American family/adventure "Wind River" (based on the novel "Among The Shoshones"). It stars Wes Studi, Karen Allen and Russell Means. Picked up by HBO Family and Lionsgate, it garnered the Award of Excellence through the Film Advisory Board. Some of the films he has recently produced are "The Far Side of Jericho," "Zombie Hamlet," "Absolute Fear" and "A Golden Christmas." Tom is an active member of the Producers Guild and Directors Guild of America, and has been a contributor to their panels and magazines, mainly pertaining to independent feature financing and low budget filmmaking. 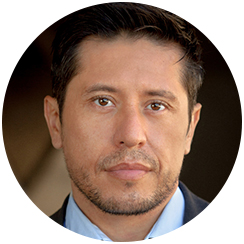 Jesus started his acting career in off-Broadway theater and went on to work on "Law & Order" and "Law & Order CI." He moved to Los Angeles where he landed a role on the CBS show "The Unit," Showtime’s "Weeds" and TNT's "Dark Blue." His film credits include “A Better Life," directed by Chris Weitz and starring Academy Award nominee Demian Bichir, SXSW award-winning film "The Abduction of Eden”, “Powder & Gold” and “The Night Stalker” starring Lou Diamond Phillips. Guest star roles include in “Major Crimes” on TNT, “The Bridge” on FX, “Bosch” for Amazon Studios, “NCIS Los Angeles” on CBS and “East Los High” on HULU. Jesus has been training capoeira for almost 10 years now, and began writing the feature length screenplay of capoeira four years ago. Last year, the production team decided to make a short film based on that feature screenplay and, one year later, "Capoeira" was made. 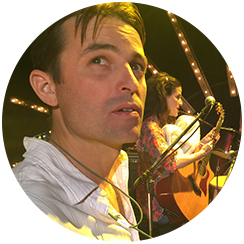 Justin has been working in the motion picture industry since the end of the 20th century. Mr. Duval started working in Hollywood as a gaffer and found his way to many major studio pictures. As a Director of Photography, his feature length films have appeared on TV networks and theaters across the country. Justin recently won best cinematography at the Las Vegas Black Film Festival. He currently directs for Red14 films and Lumenscapes360 doing book teasers and fully immersive 360 cinema, respectively. 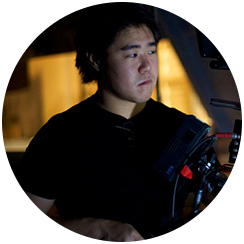 Chevy, a native Californian, was accepted into the University of Southern California’s school of Cinematic Arts program where he focused on cinematography and post-production sound. After USC, in 2009, Chevy’s first producing credit was on the full feature documentary, "Jealous of the Birds" (JOTB), directed by fellow USC alumni, Jordan Bahat. It was accepted at the Sheffield Doc/Fest, Doc NYC and Rhode Island Film Festival, winning Best Original Score at Rhode Island. After JOTB, he continued to work with Bahat in various music videos and productions. In 2011, Chevy joined Master Key (MK) Productions as a visual effects producer and assisted on shows "Covert Affairs," "Justified," "Off the Map" and "Suits." His ambitions to produce were continued at MK, where he headed the production department and specialized in Foreign Unit Shoots for "Marvel’s Agents of S.H.I.E.L.D," "Covert Affairs," "12 Monkeys," "Royal Pains," and "Heroes Reborn." At MK, Chevy acted as Senior Vice President and produced in over 35 countries to date.

In this film, the audience is pulled into the world of Memo as the character attempts to handle the complexities of his personal life and those in the roda. Producer Eli Jimenes details the origin of capoeira and how this martial art connects to the movement and rhythm of life.

PBS: Can you explain the history and tradition behind capoeira? Why did you want to highlight this martial art?

ELI JIMENES: Capoeira is a martial art form mixed in with dance and music. It originated in Brazil during the time of slavery. Slaves used to practice the art form but created and combined music and dance to disguise it as a dance so the slave owners wouldn’t think they would revolt against them. Hence some of the terms derived in capoeira (game, play, roda, berimbau) are from the music and dance. However, it does require skills that involve kicks, spins and speed, and one might get hurt if not played properly. When slavery ended, capoeira was prohibited in Brazil. Nowadays however, it is considered a cultural heritage and it has widely spread throughout America and Europe.

The writer and lead actor Eddie Martinez has been practicing Capoeira for more than 10 years. It is one of his passions and he wanted to create a film that highlighted this art form. We had worked on a few projects together so once he pitched me the idea and I got involved I realized what a great project it is and indeed it needed to be highlighted.

PBS: In the film Memo has a breakdown in his car before an old friend approaches him. During their conversation there’s a mention of the wooden stick, a baqueta, which Memo has left behind after his most recent experience in the roda. This is displayed throughout the film but most predominantly during his final performance as the musicians are playing and Memo is really getting into the moment. What was the symbolism behind this?

The berimbau represents capoeira and it symbolizes a way of life; it is what brings Memo back into the game and keeps him fighting and ultimately winning the game. It is this rhythm that we need to emulate in life and as our rhythm progresses so will ultimately our way of life. Every shot, every idea was intentional.

PBS: Memo mentions to his mentor that he’s worried about messing up his rhythm during his performance. What message were you trying to send to the audience with this conversation?

ELI: We are always thinking about the past, holding grudges or worried about what the future will bring and sometimes we forget to live in the moment. I’m guilty of that myself and perhaps that’s why I resonate with this film. Memo is afraid because he is not where he wants to be in life and this reflects in him messing up the rhythm, instead of just being in the moment and enjoying his life. If you’re in tune with your rhythm in life you will not be worried. This is the message in this scene.

PBS: There’s some beautiful movement in this film. Can you explain the decision behind the type of music you used to set the tone of the film, and what emotions traditional capoeira music are meant to evoke?

ELI: The beginning song of the film is called “Capoeira Esta De Luto” which translates to “capoeira is in mourning” and is a slow beat. This sets the tone of the film and represents the struggle Memo is facing. As we progress through the film the rhythm and beats heighten as our character overcomes his challenges. The final song of the film is “E de Nossa Cor” which translates to “It is our color” which in my opinion evokes a sense of pride and joy. It does not only represent our character but also all the capoeiristas involved in the final performance.

The National Association of Latino Independent Producers (NALIP) is a national membership organization that addresses the professional needs of Latin@ content creators. We stand as the premiere Latino media organization, addressing for fifteen years the most underrepresented and the largest ethnic minority in the country. NALIP was rounded in 1999 by a group of Latino producers, content creators, academics and media advocates. During the first NALIP conference in San Francisco in June 1999, NALIP was organized by the conference participants, and the mission and organizational guiding principles were adopted.

NALIP has had success holding thirteen National Conferences, plus six other National Initiatives: a Latino Writer's Lab™, a Latino Producers Academy™ and a published/on-line Latino Media Resource Guide™, our "Doing your Doc: Diverse Visions, Regional Voices" documentary development workshops plus the Latino Media Market™ held during our National Conference and the Latino Artist Mentoring Program. We are now fundraising to support and expand these programs in 2013, plus solidify the infrastructure of our organization to better serve our membership and community.