LOVE IS IN THE FAIR 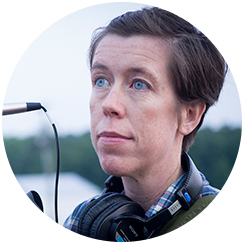 Kelly Creedon is a documentary filmmaker who uses intimate storytelling to explore communities and the questions that unite and divide us. She holds an MA in visual communication from the University of North Carolina at Chapel Hill, and is a graduate of the Salt Institute for Documentary Studies. 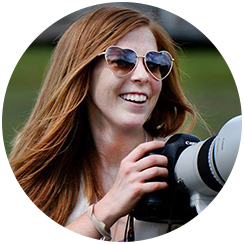 Callaghan O'Hare is a documentary photographer and filmmaker who pursues long-term projects that explore issues surrounding mental health and women's rights. She recently graduated from the University of North Carolina at Chapel Hill, and is currently interning as a videographer for TIME Lightbox. 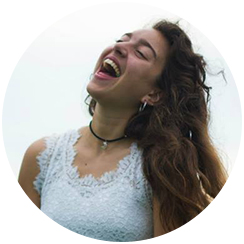 Sami Jorgensen is a graduate of the University of North Carolina at Chapel Hill. Daughter of Gina and Van, sister of Matthew, Luke & Jessie; born and raised in Pawling, N.Y. Currently pursuing coaching at Brown University as a Volunteer Assistant Coach for the Women's XC/Track & Field program. Lover of people, laughter and capturing moments.

The work of Kelly Creedon, Callaghan O'Hare and Sami Jorgensen, “Love Is In the Fair” captures the essence of young love and the dating scene amongst adolescents in North Carolina. Creedon highlights her favorite moments while filming, modern day dating and the team’s original film idea that wasn’t meant to be.

PBS: Young love is everywhere. Where did the idea to capture this very specific type of love — of teenagers dating and meeting one another at fairs — come from?

KELLY CREEDON: This film came out of a class assignment at the University of North Carolina at Chapel Hill School of Media and Journalism, where we were all studying at the time. Our original plan was to follow rival racecar drivers at a dirt track race not far from the fair, but the race got canceled at the last minute and we were scrambling to find another story. We stumbled upon the county fair in a bit of a panic and scoured the crowds for interesting characters.

As we moved through the fair we started to notice that this was clearly a “scene” for local teens. There were girls giggling in groups and glancing over at the boys, boys in their own groups trying to look smooth and tough, couples nervously holding hands and avoiding eye contact. It immediately brought us back to middle school dances and the intense, exciting, painful world of awkward teen romance. We were thrilled to find that the teens were so open with us and with each group or couple and each conversation, we got more drawn in. I guess you could say the story found us, which I think often turns out to be the best way to land in a project.

PBS: Everyone has been there — navigating their way through relationships as a teen — and it’s often funny to look back at past relationships. What was it like for you now, as an adult, to hear teens talking about love and being together forever?

KELLY: It’s easy to trivialize teenage romance and to hear what these kids are saying and dismiss it as silly or naive. But I think when you’re asking people to open up and be honest and vulnerable with you, you have to be ready to take that leap with them and accept and honor that what they’re telling you is their truth. Especially when we’re talking about emotional truths, we need to do our best to suspend judgment and just try to understand what’s true for that person in that moment.

Of course, in this case, our more experienced, more cynical selves probably wanted to tell them that those truths will be crushed in a year, in a month, maybe in an hour, but we just tried to focus on capturing the emotion, the magic and the truth of that moment, however fleeting it may be. There’s something really lovely and unique about getting lost in that moment with them.

PBS: Did you have a favorite story while filming? Or was there a funny move you heard?

KELLY: I really enjoyed meeting Victor and his girlfriend, Maria. Victor is the young man who says he’s waiting for his girlfriend to get there so he can “tell her she looks beautiful, like she always does,” and that “we haven’t said the love word yet, but I think we will soon.” They were both so shy and sweet and sincere, and it was really special to be able to follow them around and try to capture that.

On the other end of the spectrum, Callaghan met two priceless young gentlemen who were very proud to share their arsenal of pick-up lines. Our favorite: “Girl, are those space shorts? ‘Cause that booty is out of this world.” Classic.

PBS: It was mentioned that one couple met via Instagram. How do you feel the dating scene for teenagers has changed, if at all, and what do you want people to take away from this film?

KELLY: I think in some ways, technology and cultural shifts have really transformed the dating and social scene for teens (and for adults, for that matter), but at the same time, I think there are some universal experiences that hold true across generations. People meet and interact so often in digital spaces now, and while it certainly creates lots of new opportunities, it’s easy to feel pessimistic about the future of real, tangible human connection. But seeing these kids play out their courtship rituals at the county fair felt so timeless and makes me optimistic that some things don’t change.

Even if they met on Instagram, it’s really telling that the pinnacle of their experience is holding hands and kissing on top of the Ferris wheel. And is constantly refreshing your Instagram feed all that different from waiting by the phone for hours? In making the film, we wanted to open a little window into this magical world of butterflies, crushes, funnel cakes and first kisses that will hopefully transport audiences to their own cringe-worthy, enchanting, all-consuming and gloriously universal experiences of young love.

UNC-TV provides people of all ages with life-changing media through its distinctive array of programs and services, including four digital channels: flagship UNC-TV; UNC-EX, the Explorer Channel; Rootle, UNC-TV's Kids Channel; and the North Carolina Channel. UNC-TV’s 12 stations make up North Carolina’s only statewide television network, made possible through a unique partnership of public investment and private support. UNC-TV is committed to producing, broadcasting, and sharing content for and about North Carolina, making it the state’s most important source of information about North Carolina. UNC-TV is PBS and more for all of North Carolina.