PUT ME TO SUFFERING

"Put Me to Suffering" profiles Rev. Ted Dotts' end-of-life decision to forego treatment after being diagnosed with cancer in 2014. A journey through his past details how a man of unwavering faith stands by his principles up until his final moments on earth. How do we live? How do we die? These fundamental human questions are answered through the light of Ted's positive outlook on what comes next. 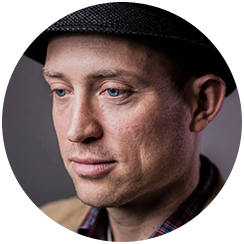 Paul Allen Hunton is a two-time National Academy of Television Arts and Sciences Emmy winner in the Lonestar Region for his nonfiction film direction. Growing up in New Mexico and the Southwest, Hunton strives to share the stories of the people, art, and culture he grew up around, connecting his world to the larger human experience. He currently serves as the General Manager of KTTZ-TV. Hunton's new film, "Between Earth and Sky," looks at climate change in the arctic and is set to be released in 2017. 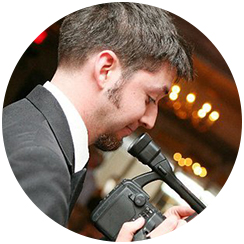 Reagan Doyal is also a two-time Emmy winner in the Lonestar Region and a Multi-ADDY winner. He is currently a producer and the education content director for KTTZ. His other interests include volunteerism, theology, rearranging things in Paul’s office, Ken Burns marathons and finishing up his graduate degree in Education Curriculum and Instruction.

When Director-Producer Paul Hunton met with Reverend Ted Dotts and Betty Dotts, he was struck by their courage and strength as Ted both refused treatment for and battled cancer. A story of acceptance, “Put Me to Suffering” takes the audience through Ted’s life as he makes peace with death and discusses the importance of tolerance and respect for others.

PBS: The film begins with a childhood story from Ted Dotts and footage of a storm. It later ends with Ted speaking about death and similar storm footage. Can you explain this artistic direction?

PAUL HUNTON: The dual imagery was a decision to show how Ted was the calm in any storm. The first storm is described as sort of a constant in physical weather in West Texas, but then Ted goes on to describe the racism of his family members and how he did not like it and wanted to rise above it. Ted consistently rose above the storms in the world whether it be racism in the south or the church, or discrimination of the LGBTQ community. Ted always rose above it to be inclusive and loving to every human he encountered. And finally, even in the face of death — the final storm — he was calm and walked bravely into it.

PBS: What was it about Ted and Betty that compelled you to share their story and how did you learn of the couple?

PAUL: Ted hosted a local radio show called “Faith Matters” on our NPR station. I did not know he had cancer and our development officer, Sherril Skibell, told me that Ted had been diagnosed with cancer and was choosing to not seek treatment. We had received a grant from WETA to tell local “stories of cancer” as interstitials for “Cancer: The Emperor of All Maladies.” We were well under way when I found out about Ted and I immediately decided to reach out and ask if he would be willing to share his powerful story.

Surprisingly, he was interested in being interviewed, as we were worried with his unknown timetable he may have not been willing to share that time with people he hadn’t met before. Our location was the church that Ted called home for many years, St. Johns. Ted was patient with us as we prepared and set up the interview. He was patient again with my questions and the interview lasted a little over an hour. To our surprise he even called someone to push another appointment to later to spend more time with us. The appointment was him counseling someone, which is amazing — that a man facing his own death was still taking the time to lift up his friends.

PBS: Though the focus of this story is about Ted, the audience has the opportunity to learn more about Betty and witness her strength through such a difficult and emotional time. What was it like working with her on this project?

PAUL: Betty Dotts is the most incredible person I’ve ever met. We had interviewed Ted and it was apparent that no story was complete without talking to his wife and best friend, Betty. I had asked Ted if he thought it would be ok to interview Betty (he knew he had very little time left and I was hesitant to take up any more of their precious time together). Ted agreed and gave me the contact information to get ahold of her. We scheduled the interview for 11 days later. Ted died on the 10th day, Sunday, and beyond my own grief over the death of this amazing man I also thought it meant we would not get Betty’s interview.

The morning of the scheduled interview my phone rang, it was Betty. She asked if I heard about Ted, I told her I did. She then said if Teddy thought she should do the interview she wanted to go ahead and do it. We interviewed her a little over 24 hours after Ted died. The emotions in the room were a lot to handle for everyone as Betty recounted a love and marriage that had lasted for decades among the chaos and turmoil of a church and humanity trying to find itself. Betty’s bravery is something I’ll always remember and something I don’t think I could do myself. She is an incredible person and someone I admire very much.

PBS: When filming this, Betty mentions how Ted died on a Sunday morning when the sun was coming up. Do you remember where you were that day and what your reaction was upon learning of his passing? What do you feel is the most important part of Ted's message?

PAUL: I was heartbroken but simultaneously hopeful. I am hopeful that I can face death with the bravery that Ted did. The only guarantee in life is that we will die; yet we as a culture and society rarely discuss it in any meaningful way. End of life decisions are being made around the clock across the world yet what that looks like and means for an individual or a family is hardly ever taught or understood in a way that would benefit humanity. Ted fought for civil rights in the ‘60s, for LGBTQ rights in the ‘80s, ‘90s and up until his death, and in his final moments he showed us all that death can be a beautiful and meaningful thing. He showed us that love conquers everything, even death.

The Federal Communications Commission assigned an educational television channel to Texas Technological College in 1958. The station began broadcast operations in October 1962. On Jan. 15, 2012, KTXT-TV, Channel 5 changed its call letters to KTTZ-TV.  From its tower located on the Texas Tech university campus, the station broadcasts 24/7 with its digital signal reaching 13 counties surrounding Lubbock. With cable and satellite the signal extends to additional 7 counties, the station’s coverage area is currently accessible to approximately 161,450 households and 401,000 potential viewers. With the station’s focus on arts, education, community outreach and quality programming for both children and adults it is a vital part of the Lubbock and South Plains area.