SALT TO SAND: A PROFILE ON CARA DESPAIN

Miami artist Cara Despain discusses her Utah heritage and aesthetics in relation to her artworks. Despain explores regional identity as well as the importance of writing within her process. Her practice as an artist includes creating works in sculpture, video, sound and drawing. 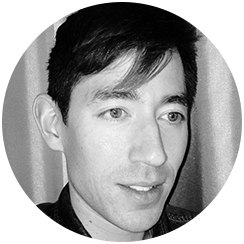 Kenny Riches was born in Japan, raised in Utah, and currently resides in Miami, Florida. He holds a BFA in Painting and Drawing from the University of Utah. His most recent feature film, "The Strongest Man," premiered at the 2015 Sundance Film Festival and went on to screen at festivals worldwide. He co-founded and is vice president of The David Ross Fetzer Foundation for Emerging Artists, which is a grant giving organization for filmmakers and playwrights, founded in memory of David Fetzer.

In Kenny Riches’ “Salt to Sand,” the audience dives into the story of Cara Despain as she discusses the impact her childhood surroundings and upbringing have had on her work. Though currently based in Miami, Florida, Despain travels back to the suburbs of Salt Lake City, Utah in this rich profile of her journey as an artist. PBS spoke with Riches, the director of the film, to learn more.

PBS: What inspired you to capture Cara Despain's story? And having been raised in Utah yourself, what did it mean for you to be able to hear her perspective on living in the suburbs of Salt Lake City?

KENNY RICHES: I think when this project was being assembled it only made sense that Cara and I be paired up since we're also life partners. We know each other's work very well and have a constant dialogue about what we're creating next. We met in Utah nearly a decade ago and grew up just a 20-minute drive from one another. I was raised downtown near the University and Cara grew up in the suburbs at the base of a canyon coming out of the Wasatch Mountains. When we were living in Utah, we spent a good amount of time exploring her old neighborhood where she would recall stories about her childhood.

Even though she's primarily a sculptor and video artist, she's also interested in storytelling and has a wonderfully descriptive way of explaining the darkness beneath the perceived neatness bubble that the suburbs exist in. It's as creepy and secretive as it is slow-paced and safe. People in the conservative Utah suburbs hide their problems behind manicured lawns and Sunday suits and dresses, so I think it creates this interesting perspective for her, not only introspectively, but also how she views our current living situation in Miami and the culture we experience here.

PBS: During your interview with Cara, you cut to different scenes of her artwork including the projections on the wall. Later the audience can see her standing before some of those very projections as the dialogue continues. How much did her artwork impact and/or change the way you filmed “Salt to Sand”?

KENNY: We tried not to simply make a straightforward artist profile. Instead we illustrated some of her writings with a sequence of video footage from around her old neighborhood and the inside of the house she grew up in. We wanted to show how some of those ideas and experiences influence the artwork she makes now. I think placing her inside the work and taking advantage of the slide projector and that nostalgic way they sound and look only helps bring what she's talking about in her writing to life. It's an interesting way to pull her aesthetic into what's otherwise just an interview too.

PBS: Throughout the film the audience learns about Cara’s creative process. As an artist yourself, what does your own process look like?

KENNY: We joke about how I would look like an insane person if she was the one making the documentary about me. Since I primarily make narrative films, my time is largely spent on writing. When I'm in writing mode, I guess my process consists of me getting introverted and weird and just staring at a wall for a few hours a day. I surround myself with little pieces of paper and get eye twitches — I'm neurotic. But I think, like Cara, my inspiration comes from my experiences either from my upbringing or from exploring Miami or wherever I am. We travel and people-watch a lot too. That helps.

PBS: What do you want viewers to take away from the film?

KENNY: I suppose with most films, viewers respond to what they can relate to. So I guess outside of bringing more awareness to Cara's artwork, I hope the take-away is that the viewer can relate to the perspective and experience that Cara is sharing — even if just on an emotional level. It just boils down to being honest about how we're all navigating this confusing, lonesome, hilarious, beautiful mess called life and I think it's totally acceptable to be nervous about it.