Alex Landau, an African American man, was raised by his adoptive white parents to believe that skin color didn't matter. But when Alex was pulled over by Denver police officers one night in 2009, he lost his belief in a color-blind world — and nearly lost his life. Alex tells his mother, Patsy Hathaway, what happened that night and how it affects him to this day. 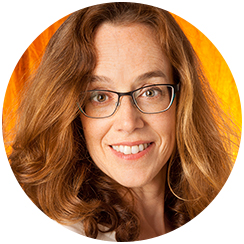 Julie Zammarchi’s animated films combine the surreal with the lyrical to create a modern take on the traditional cartoon. She partners with fellow artists and producers to create award winning work for TV, the web, independent films, documentaries and museum installations. Highlights include her latest independent animated film, "The Passenger," and animated segments for the documentary film, "Johnny Cash at Folsom Prison." She is currently teaching animation at the Rhode Island School of Design. 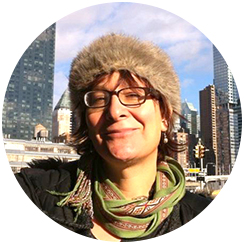 Gina Kamentsky is an animator, sculptor, comic artist/author, designer and teacher. Gina exhibits regularly widely throughout the US. She has been included in exhibitions at the DeCordova Museum, The Boston Children’s Museum and the ICA Boston. Her work is in numerous public and private collections, including The Fuller Craft Museum. Her animation is in the collection of the IOTA Center in Los Angeles, and is seen in festivals in the US and worldwide. She currently teaches animation at Rhode Island School of Design.

It was 2009 when a harmless drive with a friend quickly turned into a nightmare for Alex Landau. A conversation between Alex and his mother, “Traffic Stop” illustrates the injustices that occur in the country. Producer Rachel Hartman discusses the film.

PBS: What happened to Alex is something that probably happens much more often than we think. What was it about his  story specifically that drew you to it?

RACHEL HARTMAN: Alex Landau's story is one of the most wrenching StoryCorps radio broadcasts I've heard both because of what happened to him and because of the way he tells his story with power and clarity. As you say, it's tragically an all too common story. I'm grateful we can hear Alex tell his story, most importantly because it means he's still here to tell it, and also because it's important to add his voice — when so many voices like his can no longer be heard — to the larger discussion around race and policing.

PBS: Alex explains that the first time he cried was when he saw his mother’s reaction to what happened to him. How did it feel for you and the rest of your team in that moment to hear him say that?

RACHEL: Alex says that line very straightforwardly, making it all the more striking. The moment when he and his mother see each other for the first time succinctly and powerfully speaks to the impact of the trauma he experienced.

PBS: At the end of the film the audience sees a photo of Alex after the incident that took place that night. What was the decision behind breaking from the animation to reveal this to the audience?

RACHEL: We thought it was important to show the viewers the extent of his injuries. Our animators for "Traffic Stop," Gina Kamentsky and Julie Zammarchi, created a visceral film and the artistic rendering of Alex's injuries actually closely resembles what happened to him. Still, we wanted to reinforce at the end that this was a real thing that happened to a real person.

PBS: Alex makes a comment that he was “almost another dead black male.” What do you hope others learn from his story?

RACHEL: When Alex says he was "almost another dead black male," he reminds us that his story is not anomaly but is part of a larger history. We hope that Alex's story and those like it will eventually be a thing of history, but until then we need continual reminders of the human cost of this violence to help push us towards that better future.

POV, a cinema term for "point of view," is television's longest-running showcase for independent non-fiction films. Since 1988, POV has presented more than 300 of the best, boldest and most innovative documentaries to PBS audiences across the country. POV films are known for their intimacy, their unforgettable storytelling and their timeliness, putting a human face on contemporary social issues.