Ms. Faith Mayfield is a driven, but also exhausted, high school social studies teacher. She has one student in particular, Ellie Thompson, who’s taken the 10th grade two times already. Unless Ellie excels on the final exam, she will have to repeat 10th grade again. Unnerved by that idea, Mayfield confronts Ellie, attempting to inspire passion and motivation in her education but she soon discovers Ellie’s struggles are a direct result of her family’s dire financial situation, and that Ellie is flirting with the idea of dropping out of high school altogether to work full-time. 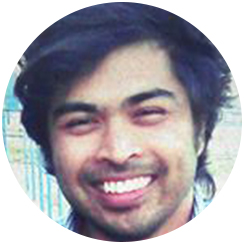 Mark Columbus is a Student Academy Award® finalist for making Battle of the Jazz Guitarist. His works have played at the 2014 Telluride Film Festival, International Documentary Film Festival of Amsterdam (IDFA), Rooftop Summer Series, Palm Springs Shortsfest, and Vimeo Staff Picks. He directed Guests starring Matthew Modine (Full Metal Jacket) and Rico Rodriguez (Modern Family) as part of the feature film Heyday of the Insensitive Bastards produced by James Franco. Under the guidance of Sundance Lab Artistic Director Gyula Gazdag, he developed a half-hour comedy TV pilot called Los Angeles: a story about two suburban teenagers who decideto start their own suburban gang. Before directing, Mark was an editorial assistant for The Onion newspaper and assistant at The Weinstein Company. He received his MFA in Directing in 2014 from the UCLA School of Film and Television. He is currently a 2015 NBC Directing Fellowship nominee and 2015 Film Independent Project Involve Fellow. 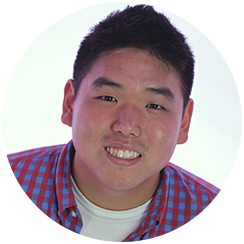 Jason Park is a writer/director from the great city of Chicago, Illinois. After graduating from Andrews University with his bachelors in Social Studies and Secondary Education, Jason Park decided to pursue his passion in becoming a filmmaker. Following his internship at the Robert Evans Co. located on the Paramount Studios Lot and being selected to participate in the Telluride Film Festival Student Symposium program, he permanently moved to Southern California to spend much of his time writing screenplays and writing, directing, producing, and editing a series of short films. 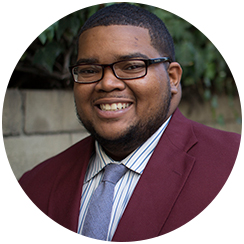 “A country boy with big city dreams”. Stephen Love Jr. grew up in the rural towns of Filbert and Bennettsville, South Carolina. Paired with the entre preneurial spirit of his grandfatherʼs produce stand, Loveʼs passion for cinema led him to start an event videography company in 6th grade. But by high school, he realized that narrative film and television producing was his destiny. As a business major at Morehouse College, Love founded the Morehouse Filmmakers' Association, for which Spike Lee is the honorary adviser. This became the precursor to the now thriving Cinema, Television, and Emerging Media Studies (CTEMS) degree program at Morehouse. In the meantime, Love supplemented his business studies with practical experiences outside of school. He was the associate producer for a 2009 documentary called the PBS documentary Jail, No Bail that received an Emmy-nomination for the southeastern region. In 2010, Love produced Saved, which was accepted into the 2010 Cannes Film Festivalʼs short film corner. Over the next few years, he continued to “learn by doing” while working for Rainforest Films, Sony Pictures, The Mark Gordon Company, Martin Chase Productions, DisneyABC, NBCUniversal, and HBO Films. Love is a graduate of the Peter Stark Producing Program at USC. He and his partner Blake Pickens are currently producing Steven Caple Jr.ʼs first feature film, The Land, and another film with Nina Yang Bongiovi and Forest Whitakerʼs Significant Productions called The Friendship Nine. 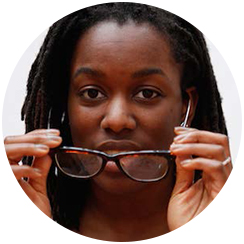 Shatara Michelle Ford is a writer, producer and aspiring director dedicated to telling innovative, thought provoking stories about or by people from communities not normally depicted in mainstream film & TV. After graduating from Pitzer College in 2009, she moved to London where she completed a Masters in Feature Film Screenwriting from Royal Holloway, University of London. Ford spent a further 3 years writing and working in freelance production, where she produced the short film Leftovers and participated in the British Film Institute short film development scheme. Now back in Los Angeles, Ford works as an assistant for a feature film Director. 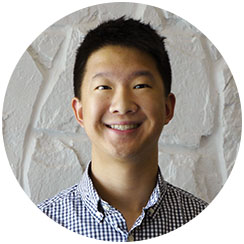 Steven Wang was born in Farmington Hills, Michigan, and lived there his entire life before attending the University of Michigan. He originally enrolled in the College of Engineering, where he spent two years before changing majors to pursue a career in film. As a junior he got a part-time job editing short videos for the College of Engineering. He worked there for 3 years, receiving a full-time position after graduation. His time at that job, along with the short films he worked on at school, helped him find his passion for editing. After graduation, he began editing his first feature film, Consideration, which was directed by a former screenwriting professor at UM. Eventually he realized that in order to achieve his career goals he had to move to Los Angeles, and in October 2013 packed his car and drove cross-country with a couple friends from college. He currently works for NBCUniversal Television as a post-production assistant, and continues to freelance on the side. He is excited about the opportunities presented by Project Involve and looks forward to the following year in the program.

During difficult circumstances many of us have trouble asking for help. And even when aid is offered, we don’t always want to accept it. In the film “Teachers,” directed by Mark Columbus, written by Jason Park and produced by Stephen Love, the audience has a chance to explore this theme. The minds behind this story take the audience through the evolution of Faith Mayfield and Ellie Thompson’s camaraderie in and beyond the classroom when Ms. M learns of Ellie’s struggles at home.

PBS: How did you decide on the angle for this story, creating this friendship between Ms. Mayfield and Ellie? Was there a teacher who inspired this story?

JASON PARK: The relationship between Ellie and Ms. Mayfield was primarily about the difficult trenches educators explore when dealing with struggling students. Teachers want the best for their students and especially those belonging to situations that discourage success and progress, and really, it's about doing whatever you can to help someone push through — even if it means crossing ethical lines.

PBS: What went into the process of auditioning? What was it that struck you about these actresses that you knew they were right for the roles?

MARK COLUMBUS: We were lucky to have Leah Daniels as our casting director (“Empire,” Lee Daniels' “The Butler”), so we had a good pool of actresses to choose from for the character of Ellie. During casting I never give notes because I want to see what the actor brings to the audition and while all of the actresses gave great dramatic performances, it was the quiet, soft, sensitive perspective of Jordyn Barber that convinced me she was Ellie, and even inspired me to take a more quiet, muted approach to the acting style and cinematography and atmosphere. We were lucky to get Tatyana Ali who we knew obviously had a great range with all those years of experience and intelligence who shared Ms. Mayfield's drive and world views well.

PBS: I’m interested in the inclusion of Truman and the atomic bombs in the storyline as the reference comes up a few times during the film. What was the purpose behind this?

JASON: It was all about the moral gray of situations and how difficult it is to assess right from wrong. There are obvious points either sides can make about something as large and catastrophic as Truman's decision, but just like Ms. Mayfield's struggle with how far she's willing to go to help Ellie, there's this constant debate whether or not it's the right choice. The process in which someone arrives at a yes or no/right or wrong is much more complex and a fascinating process — one that provides plenty of external and internal conflict.

PBS: This film reveals a lot about the perseverance of teachers and how hard they work to help their students, but it also says something about poverty and students who may get left behind because they have much larger issues in their lives preventing them from focusing on school. What message do you hope send with your film?

MARK: I think that if we had a happy ending where Ellie passes against all odds then the message of our film would have been an idealistic one that would have left our audiences satisfied in a way I wouldn't have been comfortable with. If we had an ending where Ellie didn't pass, then our message would have been a more pessimistic, nihilistic one that would have annoyed or maybe even angered our audience unnecessarily. But to create a film where it is brought upon the audience to decide for themselves whether Ellie passes or not was something that was my goal and what I believe is a more complex and interesting discussion. My opinion is: The fact that she studied, shows up and puts in an effort is a huge success for me — and good enough to show me that Ellie is going to weather any storm that passes her in her life.

ABOUT THE NATIONAL BLACK PROGRAMMING CONSORTIUM

The National Black Programming Consortium is committed to a fully realized expression of democracy. We support diverse voices by developing, producing and distributing innovative media about the Black experience and by investing in visionary content makers. Founded in 1979, the National Black Programming Consortium (NBPC) develops, produces and funds media content about the Black experience for public media outlets, including television, digital radio and online. Since 1991, NBPC has invested more than $10 million dollars in iconic documentary content for public media outlets, including PBS and PBS.org; trained, mentored and supported a diverse array of producers who create content about contemporary black experiences; and emerged as a leader in the evolving next-media landscape. NBPC distributes engaging content online at BlackPublicMedia.org and via broadcast through its AfroPoP: The Ultimate Cultural Exchange documentary series.