Disorder follows a young man as he wakes up only to find his condition has gotten the best of him. Again. 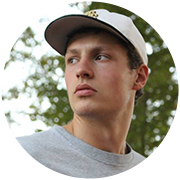 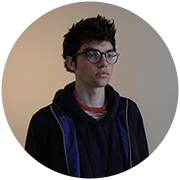 The short film, Disorder, was produced and directed by Elliot Blunck and Jonathon Wilkins, two high school seniors at Lusher Charter School in New Orleans, Louisiana. The pair originally created the film as a project for class in their high school’s film program. Based on the “success” of Disorder and by encouragement of their teachers, Blunck and Wilkins are producing a second short film, which they expect to release later this year.

Louisiana Public Broadcasting is a state network of six non-commercial television stations licensed to the Louisiana Educational Television Authority (LETA), established in 1971 by the Louisiana Legislature. The Mission of Louisiana Public Broadcasting is to provide programming that is intelligent, informative, educational and entertaining. LPB strives to connect the citizens of Louisiana by creating content that showcases Louisiana’s unique history, people, places and events. In addition to the programs that LPB produces, such as our weekly newsmagazine Louisiana: The State We’re In, and our catalog of documentaries about the people, places and issues of importance in our state, LPB airs quality national programming. We air news programs such as PBS NewsHour, mainstay children’s shows like Sesame Street, home improvement programs including The This Old House Hour, British comedies such as Keeping Up Appearances, and much, much more.