The Aurora Borealis are a quintessential northern phenomenon. And, as it turns out, Minnesota is an especially great place to see them! In this episode of "Are You MN Enough?” take a quick trip with Rewire producer Maria Bartholdi as she documents the Great Lakes Aurora Hunters in their search for the elusive, and breathtaking, Northern Lights. 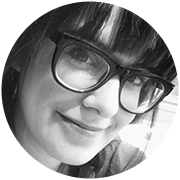 Maria Bartholdi is multimedia producer with a reputation for wearing many hats. From videography and editing to field production and writing — her strengths include a strong storytelling sense with an emphasis on crafting emotional, unique, and visually stunning pieces. If she’s not working on a new project for TPT’s Rewire initiative, you can find her onstage performing improv comedy — or perhaps hosting her weekly podcast about Magic: the Gathering. Or maybe …just maybe … you’ll stumble across her teaching a Welsh language seminar. She’s the proud recipient of six Upper Midwest Emmy Awards® and several Telly Awards.

The mission of tpt is to “enrich lives and strengthen our community through the power of media.”As one of the nation’s leading public media organizations, tpt uses television, interactive media and community engagement to advance education, culture and citizenship. Over its 50 plus year history, tpt has been recognized for its innovation and creativity with numerous awards, including Peabody awards and national and regional Emmys. Based in St. Paul, MN, tpt is one of the highest rated PBS affiliates in the nation, reaching over 1.3 million people each month through multiple broadcast and online channels. The organization's particular areas of focus include: the educational readiness of children; serving the needs and unleashing the potential of America's aging population; engaging a new generation in the power of public media; and being the preferred media partner for organizations that align with our mission to enrich lives and strengthen community.