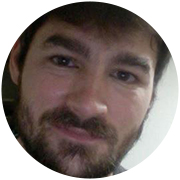 John Spottswood Moore is a multi-award winning writer and director. While studying for a BA in Film from the University of North Carolina at Wilmington, His debut film, Lemonade Stand, won multiple awards. Since then, he has worked in both radio and television in various creative positions.  In 2012, Moore recieved an MFA in Film Directing from the University of Texas at Austin. His four graduate films have coninued to play in festivals and win various accolades.
He most recently completed an animated documentary about his childhood with OCD, enitled Once Again. The film made it's debut at the Austin International Film Festival and has been awarded a Barbara Jones Media Award and Excellence Award from the Superfest Film Festival.  Moore currently works as a contract film and video editor and is in production on his first feature documentary, "When We Were Live."
ABOUT KLRU