Sinner Victim Saint centers around Isaac, a newlywed husband who has recently lost his wife in a tragic car accident. After her funeral, a dark turn of events leads Isaac to a meeting with a sinister man who claims he can bring his wife back from the dead. There’s a catch though; in order to bring her back, Isaac learns that he must sacrifice his life for hers. 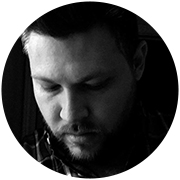 Moses Flores is an American film director and screenwriter, known for his award winning short film, Sinner Victim Saint. Moses spent the first three years of his career writing and directing TV commercials and web videos for corporate clients. In 2012, after a long creative rut, he made the decision to jump head first into the world of independent filmmaking.  With the help of his friends Cody Brown, Tyler Morris and his younger brother Leo Flores, he set out to write the screenplay for Sinner Victim Saint, a film about a man who is offered a chance to give up his life so that his wife will live again. With a budget of less than $3,000, the team went into production in April of 2013. The film debuted in 2014 at the Eichelberger Film Dayton Festival and won the Ohio Shorts Audience Choice Award. That same year, the film went on to play at the Cincinnati Film Festival.

CET and THINK TV are Southwest Ohio’s leading providers of education and enrichment in living rooms and classrooms. Serving more than 3 million people in Greater Cincinnati and Dayton, our mission is to strengthen the communities we serve through programs and services that inspire and inform, educate and engage, fostering citizenship and culture, the joy of learning and the power of diverse perspectives.