Sugarless Tea takes viewers on a journey to India and Queens, NY, in a tale of separated brothers, chance meetings and identity. Sugarless Tea features watercolors paintings filmed using a stop motion technique that evokes travelogues and bedtime stories, and highlights the process of painting itself. 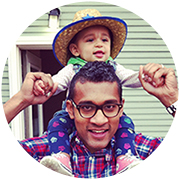 Sai Selvarajan | Writer, Director, Editor: Sai was born in Sri-Lanka on a Wednesday night during a coup d'etat. He grew up in Nigeria playing soccer and eating bananas.  As a child Sai spent his holidays traveling with his family through Europe, India, and Sri-Lanka.  His family moved to Dallas when he was nine. It was at this point that he fell in love with Texans and American pop culture.  The moving image is the medium in which Sai communicates with the world.  He brings a fierce passion for storytelling, coupled with great design acumen, resulting in stylistically intense pieces that linger through their emotional resonance. He spends his days at Lucky Post perfecting the American television commercial and his nights dancing to records with his wife and daughter. 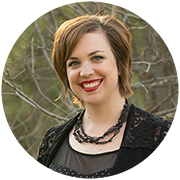 Amanda Selvarajan | Painter/Art Director: Amanda was the girl you would ask to draw your favorite cartoon character in elementary school (mostly Bart Simpson and Teenage Mutant Ninja Turtles). Drawing and painting have always been a part of her life resulting in two art degrees from the University of North Texas. She's taught art wherever they will let her: high school, elementary school, and the Arlington public library. Amanda divides her time now between just one pupil - her 3 year old daughter, Sigourney, and volunteering with the Resolana jail program in their Creativity Classes. 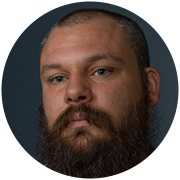 James M. Johnston | Producer: Johnston is an award-winning filmmaker from Fort Worth, TX.  He is part of the filmmaking collective Sailor Bear where he produced the films Ain't Them Bodies Saints and Listen Up Philip. Johnston also directed the short films Knife, Receive Bacon, and Merrily, Merrily. 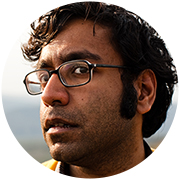 Hari Kondabolu | Narrator: Hari Kondabolu is a Brooklyn-based, Queens-raised comic who the NY Times has called “one of the most exciting political comics in stand-up today.” In March 2014, he released his debut standup album “Waiting for 2042″ on indie-label Kill Rock Stars.