A good butcher listens. For nearly 18 years Tolo Martinez has manned the counter at Cliff’s Meat Market, learning "country" English to serve college professors, blue-collar workers and long-time patrons alike. Un Buen Carnicero goes behind the courtesies of the butcher's counter to explore how Tolo and Cliff define a changing South still fighting for freedom for all.

Victoria Bouloubasis is a journalist who grew up slurping milkshakes at her grandpa's aluminum-sided diner. She explores identity attached to food, its connection to labor, and farmworker rights. Her writing has appeared in The Guardian, American Prospect, Modern Farmer, Rodale News, The LocalPalate and INDY Week. A graduate of UNC-Chapel Hill, Victoria is currently pursuing a Folklore master’s degree there. She co-founded Vittles and Un Buen Carnicero is her directorial debut. 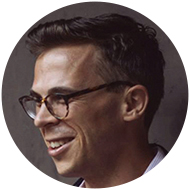 D.L. Anderson is a filmmaker and media producer who prefers gravel roads to traffic lights and 10 honest seconds with a stranger to most anything else. He co-founded Vittles in 2011 while a staff photographer for INDY Week in Durham, N.C. He continues to freelance for numerous fine publications, music labels and his mother-in-law—who insists there can never be enough photos of her first grandchild. As Chief Raconteur for Vittles, Anderson has helped shape nearly every project as both editor and cinematographer.

Television has the power to change lives. Public television has the responsibility to change lives for the better: a child far from urban resources is inspired to become a scientist, a high school dropout earns a GED, a homebound senior remains connected to the world of arts and culture, the family of an Alzheimer’s patient finds strength and support. UNC-TV’s unique programs and public media services provide people of all ages with enriching, life-changing television.

Un Buen Carnicero is a Vittles Films original short in partnership with the Southern Foodways Alliance. Spanish and English with subtitles. Vittles produces character-driven documentaries told through the lens of food. Our projects examine contemporary social issues in the South and beyond, exploring how the food we grow and the way we eat it informs our identity, culture and community.